Anna and Evan: Hearing the voices of all children 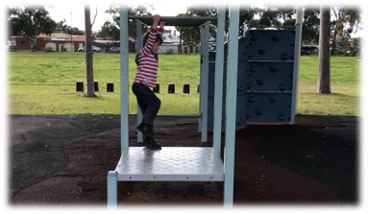 Anna and Evan are educators at Acacia Early Learning Centre, which is located in metropolitan Adelaide. Anna graduated as a teacher quite recently, and has worked at the centre for a year or so. Evan has been a co-educator at the site for six years. Together, they are responsible for a ‘home group’ of 27 children.

Acacia Early Learning Centre serves a community where cultural and linguistic diversity is slightly above the state average. Apart from English, other languages spoken in the home include Greek, Russian, Italian, Croatian and Mandarin. The population of Aboriginal and Torres Strait Islander peoples in this area is almost double the state average. There is a mixed socio-economic profile. Although unemployment is slightly above the average for South Australia, median family incomes and the rate of full-tme employment are higher than state equivalents.

Catering for approximately 120 children of kindergarten age (3years) through to reception (6 years), Acacia Early Learning Centre is co-located on the grounds of Acacia Primary. Across the combined site, there have been efforts to foster a sense of pedagogical and social continuity in the transition from pre-school to the school years of learning. The early learning centre is staffed by four teachers, six co-educators, and a co-ordinator or ‘Community Leader’. Children are allocated to one of six home groups. The centre specialises in small-group child-initiated learning that is supported through scaffolded risk-taking. Pedagogies for learning are hands-on, active, and based on the individual needs and interests of each child using the site’s award-winning nature-based outdoor space. The Reggio-inspired centre has introduced a culturally inclusive ‘Nunga Way’ approach for Aboriginal children.

The 27 children in Anna and Evan’s home group are of mixed ages (13 kindergarten and 14 reception). Cultural diversity includes five Aboriginal and/or Torres Strait Islander children, five children with at least one parent born in another country, and two bilingual children. The group includes children with complex needs such as Sensory Processing Disorder, hearing loss, Type 1 diabetes, and speech and language delay.

In their observations of their home group during the year, Anna and Evan noticed that the voices of some children dominated peer-to-peer interactions, while the voices—and non-verbal communications—of other children were not often heard or acknowledged. They noticed that group times were dominated by the Reception-aged children, and often by the males.

Their pedagogical challenge was to hear everybody’s ‘voice’ at group times.

Anna and Evan wondered if small-group work would ecourage the voices of those children who struggled to be heard. Their goal was to empower children who are reluctant to share in big groups to become more confident, and for louder children to listen to the quieter children as they communicated in a variety of ways, not just verbally.

The small group of six children that Anna and Evan focused on was made up of two kindergarten aged children and four reception-aged children. In this group there was one Aboriginal child and one child who spoke English as a second language. Anna and Evan had previously noticed that two of the reception-aged boys (Owen and Justin) dominated group work and discussion, and generally talked to each other, often in competition, without pausing or asking anybody else what they thought. The four other children were less conspicuous in group documentation and Anna and Evan were keen to include them in group interactions without the pressure of spoken words.

How can working in small groups support all children to have their voice heard?

Anna and Evan had some further wonderings that the research might address:

What Anna and Evan did differently

Anna and Evan theorised that recording a child so that they and others can see them on a screen could support their confidence, and that other children might begin to see that child as competent and important because their teachers did. For children who preferred non-verbal communication, the goal was to ensure that these children were nevertheless being heard, recognised and included by their peers.

With the small group of six children they:

For their small-group work, Anna and Evan used the provocation ‘What is learning? Who we can learn from?’ which had been the focus of whole-group discussion the previous term.They were were interested in both what children were saying and who was talking.

Data was collected in the form of:

The two dominant boys, Owen and Justin, had incorrectly predicted that they would hear everyone talking in the recordings. After listening to the audio, they acknowledged that they talked a lot more than everybody else. Owen realised that this was ‘not fair’, whereas Justin was more ambivalent.

In reviewing their pedagogical documentation and recordings, Anna and Evan noticed that, in response to the provocation ‘Who do we learn from?’, the children mentioned that they could learn from self, play, Mum, Dad, watching, teachers, and the computer, but they did not consider that they could learn from each other. Working on the theory that showing and doing rather than talking might support the quieter children to be seen as capable in group interactions, Anna and Evan invited the quieter children to demonstrate something that the group could learn from. They recorded these learning moments and played them back to the group for reflection.

For example, Francis demonstrated a trick on the monkey bar, and in later conversation, Justin identified Francis as having an idea that he might want to hear. This was the first time Justin had credited someone other than Owen with an interesting idea. Nola—who did not want to demonstrate to the whole group—was recorded showing Anna how to draw a bird. This interaction was mostly non-verbal, but Nola looked up frequently to check that Anna was paying attention. They played the recording to the group and everyone had a go at drawing a bird. This allowed Nola the chance to share her expertise in a non-threatening way.

Outcomes for Anna and Evan

The project was productive for Anna and Evan’s learning as educators. Their findings included:

Anna and Evan note their project connected strongly to their site improvement plan goal that all families and individuals to feel welcome and have a well-developed sense of belonging.

The project also had a strong connection to the Early Year Learning Framework Outcome 2: Children are connected with and contribute to their world, particularly in responding to diversity (in this case the diverse ways children chose to express their ideas), and developing a sense of belonging to groups and communities.

This project has built on Anna and Evan’s existing pedagogical practices and their professional understanding that children learn through a range of modalities and multimodal approaches.

In future they plan to: