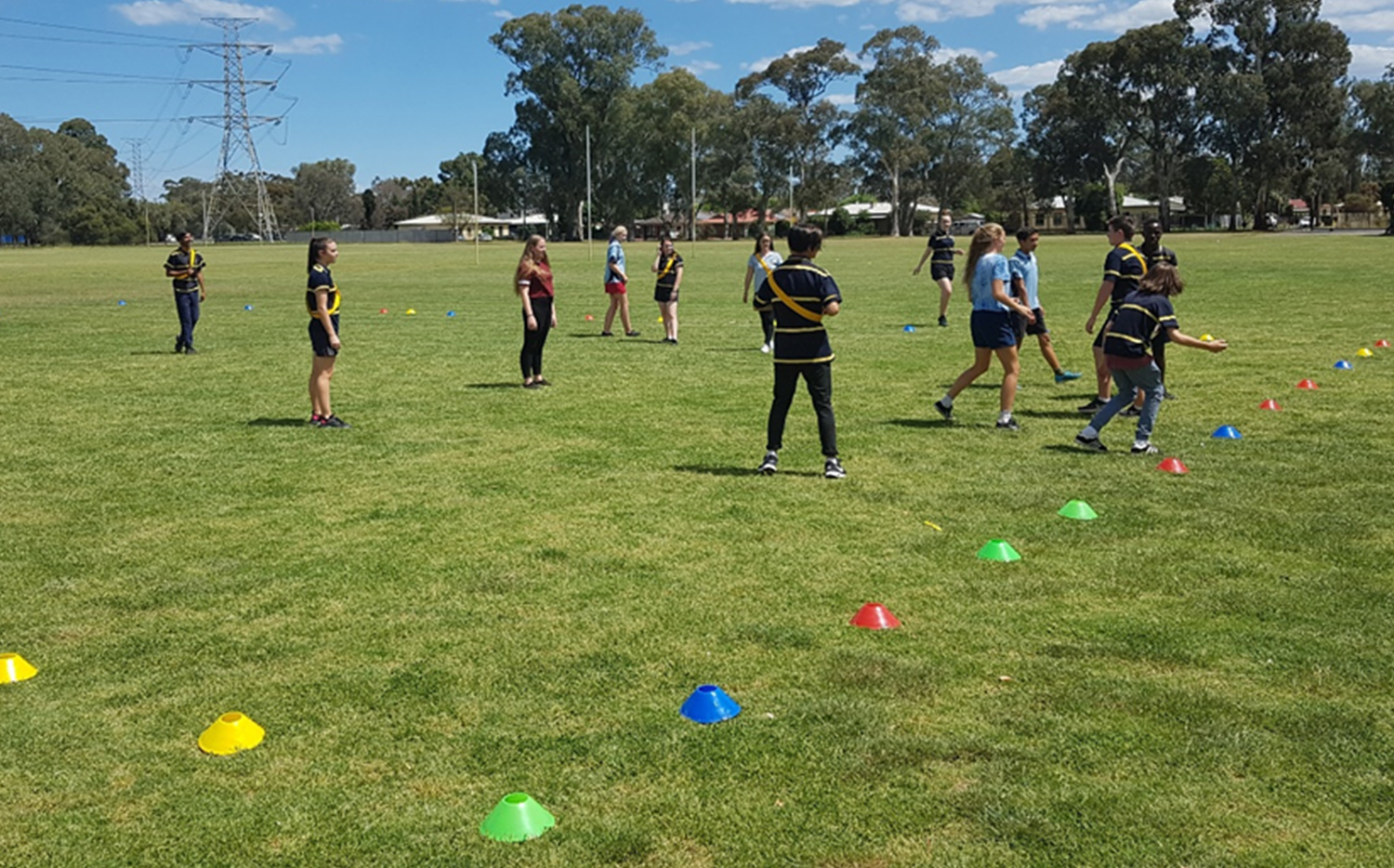 ‘A people without knowledge of their past history, origin and culture are like trees without roots’ – Marcus Garvey

Critical and Creative Thinking is one of the General Capabilities of the Australian Curriculum and ‘involves students thinking broadly and deeply using skills, behaviours and dispositions such as reason, logic, resourcefulness, imagination and innovation in all learning areas at school and in their lives beyond school’. The AITSL Professional Standards require teachers to develop students’ capacity to understand, respect and empathise with cultural diversity, especially Aboriginal and Torres Strait Islander perspectives. Josh’s action research around Culturally Responsive Pedagogy sought to integrate these two educational imperatives by examining how Critical and Creative Thinking can foster cultural responsiveness in middle and senior school classrooms. In his two HASS units, students were encouraged to examine and discuss cultural diversity as an asset, with a particular focus on of Aboriginal and Torres Strait Islander cultures.

After completing a Foundation Studies program at the University of South Australia, Josh enrolled in a Bachelor of Arts and Education double degree, focusing predominantly on humanities subjects. Motivated by his own negative experiences of these subjects throughout secondary school, Josh was keen to develop effective and engaging pedagogies for the humanities. After graduating in 2016, and following a short time in other education roles, Josh took up a position at Paralowie R-12 School. By the time he joined the Culturally Responsive Pedagogy project, Josh’s roles ranged across middle school English, senior school Tourism, and Curriculum Support.

Paralowie R-12 School is a Category 2 site, located approximately 25 kilometres north of Adelaide. The co-educational school caters for around 1400 students from reception to Year 12. Due to economic circumstances, 41% of students are school card holders. Paralowie R-12 reflects the cultural diversity of the local community and is a popular school for new arrivals to Australia. More than 70 cultures are represented on campus and a large number of students speak a language other than English at home. The school has one of the largest enrolments of Aboriginal and/or Torres Strait Islander students in the Adelaide metropolitan area. A Community Centre on campus is popular with the local community, especially with families from culturally diverse backgrounds.

Over the course of two cycles of action research across two years, Josh collaborated with Mark, a colleague teaching EALD students in the same school. Mark and Josh identified similar pedagogical challenges that would underpin the direction of their respective units. They saw the need to shift from teacher-directed knowledge transmission to student-based inquiry with an emphasis on critical literacy and critical and creative thinking.

Josh and Mark originally developed an action research project that would operate in parallel as they both were teaching English. However, at short notice, Josh was allocated instead a Year 11 Tourism class, so he had to make rapid changes to his action research plans.

Josh was keen to develop four aspects of his pedagogy:

Josh’s overall practice aimed to develop students’ knowledge and understanding of curriculum content, while also providing opportunities for students to feel validated and valued and to experience a sense of greater belonging within the class and school community. As a result of this unit, it was anticipated that students would have critically evaluated their own perceptions of cultural responsiveness while also enhancing their critical and creative thinking skills.

The research of Gloria Ladson-Billings (1995) provided a foundation for Josh’s understanding of CRP and strongly correlated with ‘key ideas’ of CRP discussed at project workshops. Additionally, a focus on forming meaningful pedagogical relationships (Bishop, Ladwig & Berryman 2014) was critical to Josh’s pedagogy.

Links to the five key ideas

In this first year of action research, Josh investigated:

How can inquiry-based learning about the importance of maintaining and promoting culturally significant sites develop students’ cultural responsiveness and sensitivity?

Josh developed a unit of work around Tourism that included the following elements:

To assess the success of the research, data was collected in the form of:

Overall, Josh was able to stretch the well-performing students but was not able to improve the engagement of the disinterested students. Many students became more confident to participate in class discussion and interactive activities. Most students were successful in completing the creative component of the assessment, but struggled with the critical analysis. In terms of summative assessment tasks, Josh was able to give more A-grade scores but, for several reasons, there were also more non-submissions.

Students were asked why it was important to be culturally responsive and how cultural responsiveness towards Aboriginal Australians could be improved. Responses included:

Our society is so diverse, and I believe it’s important to know everyone’s culture in order to stay connected.

It is important because they [Aboriginal peoples] are the founders of this land, they are the first people on Australia. Whether or not the white man took over the land it is still in my opinion Indigenous land.

It is very important because much of the history has been lost.

Evidently, students had begun to form their own understandings about the importance of being not only culturally aware, but also to be culturally responsive within themselves.

Several factors presented challenges to Josh’s Tourism unit. Firstly, as an early career teacher, the Tourism curriculum was not Josh’s strong area, and he had limited preparation time. He found that biggest hurdle throughout the unit was student engagement, which was poor at the outset, possibly due to students’ past experiences of HASS subjects. Additionally, students were not used to a dialogic teaching style and were more familiar with educators handing them work sheets and being left to their own devices. At this senior stage of their schooling, where employment and further education decisions are becoming a priority, some students tended to focus their energies on compulsory subjects (English, Maths, Research Project). As a non-compulsory subject, Tourism is selected by some students as a ‘filler’, and they come to the subject without a specific interest in Tourism. A convergence of these factors led to a lack of willingness among some students to engage with new knowledge and to participate in group activities.

Over recent years, Paralowie R-12 and its partner schools have focused on the explicit teaching of Critical and Creative Thinking to improve learning outcomes and to prepare students for life beyond school. Given the culturally diverse student population at the school, Josh’s research provided a unique opportunity to explore intersections between Critical and Creative Thinking and Culturally Responsive Pedagogy.

According to the SACE curriculum, Tourism students are expected to ‘develop an understanding of the nature of tourists, tourism, and the tourism industry. They investigate local, national, and global tourism, and explore tourism as a business’. There are four underlying themes in the curriculum:

Josh’s unit linked with the first of these themes Understanding the tourism industry, through a focus on the topics Exploring tourism in the local area and Examining the local impact of tourism.

Despite the short notice that he would be teaching Tourism, Josh found that a number of elements worked well in the project as reflected in the data collected and the classroom activities that were undertaken. Students worked effectively for the creative multimodal aspects of their assessment. Through a focus on CRP, Josh encouraged students to think critically about media representations of cultural difference, and the cultural dimensions of Tourism.

However, the time constraints of the unit made it difficult to organise and prepare an excursion for senior students that would foster deeper connections based on their own life-worlds. On reflection, an Aboriginal guest speaker, either in class or during the field trip, would have provided students with a far richer connection to Aboriginal culture and history, but cost and availability were limitations. Student attendance and engagement remained poor for the majority of the unit, but did show improvement towards the end of the course.

In terms of Josh’s pedagogy and future teaching, this project promoted a heightened awareness of, and confidence in, incorporating CRP into curriculum in order to foster greater empathy and cultural understanding.